How the idea came about…

Until recently I was barely aware of what the current state of 3D printing technology was. I assumed that any type of audio accessory I could think of would have been either too complex or too expensive to print. And even if the tech was cheaper than I thought, I wouldn’t have had any idea of how 3D printing could have serviced field recording. That was until one day a colleague at the game studio I work for started an e-mail thread explaining how modern printers are capable of not only creating fairly complex shapes reliably, but also allow for more flexible plastics to be used.

At the end of the same day I was having a chat with Alessandro Ruggiero, a friend of mine with a good amount of knowledge of the tech as well as some first-hand experience. While having a general discussion on the trend I was browsing for a blimp to complete my field recording gear upgrade and the idea up: let’s make a custom one! 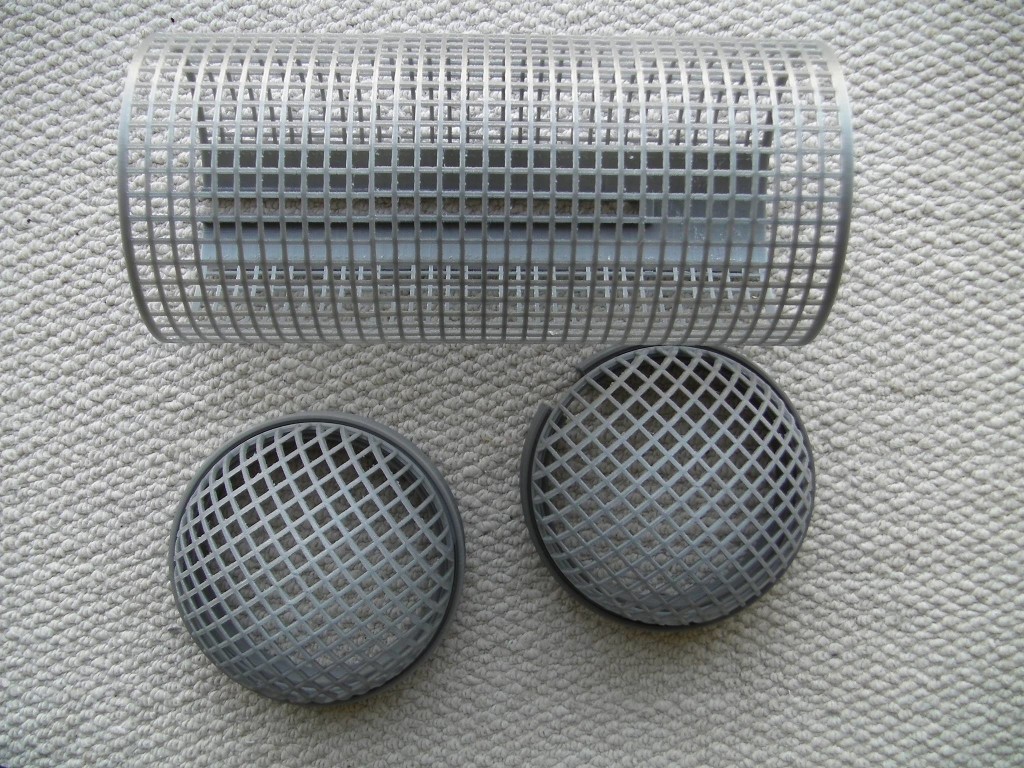 The next day we immediately started shaping the model, together we created a modular design that could be easily assembled without compromising the primary function of the blimp. Alessandro was more focused on identifying structurally weak spots and optimizing material cost, while I was focused on maintaining the primary protective function of the blimp and ensuring compatibility with the pistol grip. The model would needed to fit an old Panamic pistol grip and accommodate two microphones in a MS setup.

After the first revision was completed, we tried to get an estimate of the printing costs. The model turned out to be quite heavy and because 3D printing is paid per gram, this discouraged us from committing to the print. We went back to the drawing board and replaced the plastic patterns to be thinner on the main cylinder which also made for less obstruction, then we moved on to the end cups and reduced plastic usage by 50%. Two rings would have been glued to the cylinder once the fabric would have been in place, these featured two L shaped slots to allow for the end cups to be attached and removed easily, a very similar design to most commercial blimps.

Once the second revision was completed we added to the cylinder a low relief of Cactuar for size, my favourite Final Fantasy character and proceeded to get everything printed.

Given the size of the blimp, the printing company we used asked us to allow for the cylinder to be printed in smaller sections which would have been assembled prior delivery. After ensuring this wouldn’t have compromised the robustness of the structure we accepted and after one week, received all of the parts.

While the cylinder seemed perfectly optimized and robust, the locking rings ended up using an excessive amount of plastic and the S shaped locks had to go through some sandpaper action to fit in the slots correctly. Overall I was quite pleased with the result, enough to decide to assemble the whole thing without re-printing any of the parts and attach the fabric.

Luckily I had some spare fabric sent to me by Rycote to repair a small blimp I owned that got damaged so I was able to skip a step and didn’t have to research for a good substitute. I believe that selecting the right fabric for the job would have been quite the challenge as despite the common looking texture‘s density, the material is double sided with the exterior surface being slightly furry for extra wind protection.

After a few tests with different glues, I acquired a hot glue gun to attach the fabric to the blimp. This turned out to be the biggest challenge in the whole process as the gun was barely able to fit inside the cylinder, leaving 10 seconds for me to attach the fabric row by row to the internal pattern. Once cylinder and cups were completed, I used the same glue to attack the rings to the extremes of the cylinder and cover all the fabric’s cuffs. The blimp was finally assembled.

I’m really happy with the final result, the blimp feels robust and the tightness of the cups are just right when screwed into the cylinder. It protects the mic from wind quite well, I shall make a comparison with a Rycote soon to fully understand the potential of this solution. 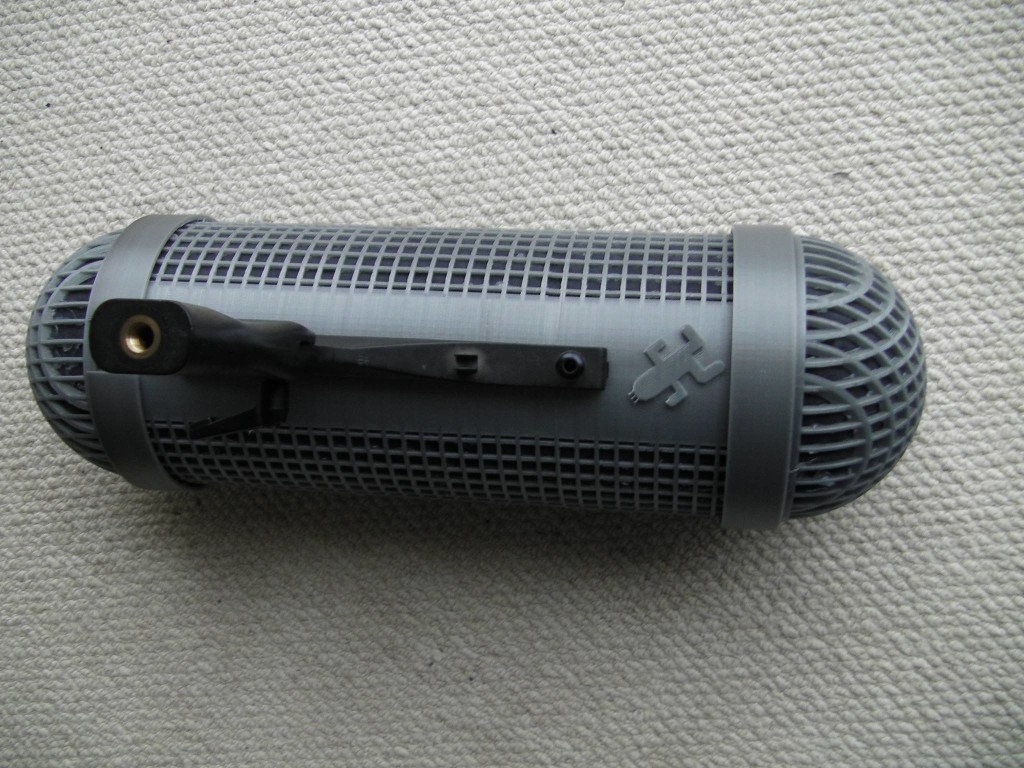 Less importantly, out of all DYI blimps I’ve seen so far, this is the only one that doesn’t look like an unwanted cleaning accessory of some sort. I wouldn’t have a problem rocking this guy at a production gig or a field recording trip.

The whole blimp cost £110 to print, excluding the recycled pistol grip, glue and sandpaper. I trust the shape can be optimized further, taking the production cost down to around £70 for the same blimp and possibly £50 for a normal sized one (as I mentioned before, the one I made is for a MS setup).

Conclusion: was it worth it?

Despite the difficulties in creating a good design and assembling the parts together, I am fairly proud of the results and would love to improve upon the model by including a pistol grip and a different solution for the protective fabric.

I believe 3D printing technology might need a little more time to allow for models like this to be printed at a lower price with less quality compromises, but I can see long term advantages in taking this path such as the freedom of creating custom parts, low cost replacement and why not, even customizable colours.

Depending on the general response over this fun science experiment, Alessandro and I might create a Kickstarter to see how far the concept can be pushed, how the quality of the windshield could be improved and how much production costs could be lowered.

Ultimately it might seem like we went through a lot of trouble for a blimp, but If you like custom designs and hot glue burns this is definitely worth the trouble.